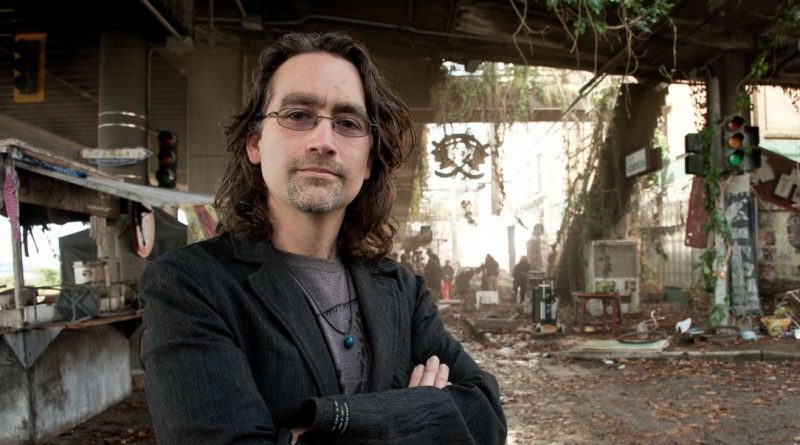 You may be familiar with Dan Jolin due his many years of service as a film critic and journalist, particularly on Empire magazine (the finest film magazine in the world), but in 2019 he also became co-founder – with graphic designer extraordinaire James Hunter – of Senet, a new magazine dedicated to board gaming. While you may think the world has long since moved on to gaming of the PC, console and mobile variety, it would seem that that things are going from strength to strength in the analogue, table-top world.

We caught up with Dan, who was kind enough to tell us about the birth of the magazine, what makes a great modern board game, and – most importantly of all – which Monopoly piece he’d choose…

This is obviously a sign of my ignorance, but my knowledge of board games is limited to the big boys like Monopoly, Cluedo and so on. Can you give me a little idea of the kind of games I’ve been missing out on?

Oh man, so many. So, so many. Starting in the mid-’90s with the arrival of Settlers of Catan, and particularly over the past decade or so, the board-gaming industry has undergone a huge renaissance and resurgence, driven in particular by the “Eurogame” genre. In short, these are designer-led strategy games, typically and traditionally with a European origin (hence the name), which downplay randomness, avoid too much player downtime and almost always avoid player elimination. They are more social, more fun, and far less likely to result in bitter arguments between friends or family members, for which Monopoly is notorious.
And they vary far beyond the ‘roll and move’ style of Monopoly, too; you might be placing ‘workers’ on the board to trigger actions; you might be building up your own decks of cards to beat your opponents; you might be laying out tiles on the table to create the best point-scoring landscape or pattern. Some of these modern, friendlier games are even cooperative, meaning everyone works together to beat the game itself, and wins together or loses together.

Some good examples of great modern board games – and I’ll focus on the ones which are widely seen as ideal entry-level Eurogames – are Carcassonne (in which players create a medieval French landscape with tiles), Ticket to Ride (creating the quickest railway routes in various continents), Dominion (building up your own, most efficient card deck, which represents a medieval fiefdom) and, my personal favourite, Lords of Waterdeep (a game of power-seeking lords in a fantasy city).

Where did the idea to launch Senet come from?

In Spring 2019, a brilliant freelance designer named James Hunter contacted me and asked if I’d be interested in launching an independent magazine about board-gaming with him. He knew of me via a couple of mutual acquaintances, and I presume liked the cut of my jib. At first I thought it sounded like it might be too much work, but I was very impressed by his dummy layouts, and as I mulled it over, I realised there was something really creatively exciting we could do here.

There was nothing on the market, really, that treated board games as an art/entertainment form in the same way that, say, Edge treats video games or Little White Lies treats movies. So I wrote out a kind of ‘manifesto’ of what I envisioned this magazine could look and feel like, re-met with James and he really vibed with my proposed editorial approach.

James picked up on one line from that manifesto in particular: “Board games are beautiful”. Many of these days are literally beautiful: created to a very high production value, using really talented artists. So we set out to create a print-only product – unashamedly analogue, like its subject matter – which would convey that same, tactile, visual sense of satisfaction we get from tabletop games, and give a particular focus to their artistry.

Launching a new magazine – especially for what many might see as a niche subject – is a huge undertaking. What made you finally take the plunge?

It never felt like a plunge, to be honest. We took it step by step, considering each step carefully. First we had to be absolutely sure there was an audience, and using Kickstarter was a great way to confirm that – while also, of course, providing us with the platform to crowdfund our launch. Next, we had to confirm that people would dig the finished product, which is why we didn’t attempt to fund anything other than that first issue. When Issue 1 (Spring 2020) went down really well, we moved on to Issue 2. And so it continued, as we gradually grew our readership and subscriber base, learning many lessons along the way (most of them to do with the business, fulfilment and customer-service side of things).

You decided to fund the launch via a very successful Kickstarter. Was that your first option, or did you explore more traditional options first?

Kickstarter was our first option. If that hadn’t worked, we would have considered others, but fortunately we never needed to. Kickstarter just felt like the ideal environment in which to present our concept and recruit our earliest “Senet-heads”. After all, board gaming is the biggest category on Kickstarter, and it’s now a central component of the board-gaming industry, with so many game publishers effectively using it as a product-funding pre-order service.

The fact the Kickstarter was so successful must have felt like a real vindication? Or more of a relief?

Both! I had no real sense of expectation going into it. I was almost more curious than anything. Will this work? Can this actually be a thing that will happen? And given we didn’t reach our funding target until around a day or so before the deadline, I was almost surprised when we did it… Then even more surprised when we came out of a few grand up on what we’d asked for!

It was so encouraging to know that people were into our idea, while it was certainly a relief in the sense that we genuinely asked for the precise amount of money we needed to get Senet rolling — we neither set a deliberately low target to ‘guarantee’ a start-up fund that we’d top up from other sources, nor did we aim too high to try and overflow our coffers. Also, it was important for us that we’d be able to pay everyone who creatively contributed. We were determined to pull this off without asking for favours or expecting people to do things for (ugh) ‘exposure’.

The ‘look’ of Senet is superb – from incredible covers to stunning art direction throughout – how long did it take to fine tune the style of the magazine?

Thank you! To be honest, there is not a huge amount of difference between how the magazine looks now and those first few dummy layouts James showed me at a café in Marylebone just over two years ago, at least in terms of the essential aesthetic. As a board-gamer as well as a designer, James has a very instinctive sense of what works, and there’s not yet been a ‘rip it up and start again’ moment during our process. It was a relatively painless birth.

There’s clearly a regular stream of new games to cover in each issue. Have you been surprised about that, or were you confident that you’d always have plenty of options for content?

The problem is not having too few games to cover; the problem is more the sheer volume of product that we need to filter! I’d estimate that around a dozen new games come out every week, and we’re a 64-72 page triannual print publication… This is one reason I prefer to curate the editorial content along thematic lines; so rather than doing features on this new game that’s out, or that new games that’s out, we examine and explore popular game mechanisms, themes, designers and artists, while never losing sight of the most important element of any game: the player.

Do you personally play – sorry, “vet” – each game before it’s featured in Senet?

Even if I wasn’t also a freelance film journalist and contributing editor to Empire magazine, I’m not sure there’d be enough hours in the day to do that! I certainly play the games which are relevant to whatever I’m writing, but you have to trust your contributors; and Senet’s are among the most knowledgeable and articulate tabletop-gaming writers out there.

Is there a mainstream/famous game that you’ve just never liked or got why everyone likes it?

Yeah, Monopoly. It’s an uninspiring theme, it’s boring to play (though less so if you actually read and follow the rules), and it makes most people who play it feel bad. The fact that it’s still seen as the epitome of the board-game experience kinda depresses me.

Have you had especially low expectations of a game, only to be surprised at how good it turned out to be?

Oh yes. Often it happens when I’m not keen on a game’s look or theme. There was this silly looking card game I was sent once called Moon-Bots, which was about anthropomorphic animals building robots and making them fight on the moon. But it was actually great fun to play.

Of the games covered in Senet so far, which one would you recommend everyone should check out?

Well, there’s a game called Oath reviewed in the latest issue (Summer 2021) which I think is a masterpiece. However, it’s not for everyone. So to more accurately answer your question, I’d say Parks, which is a truly gorgeous game about hiking in America’s national parks that anyone can pick up and quickly learn, and will love to play.

Are you a bad loser?

No, because the joy of board games is not in winning or losing them. It’s in the story each game tells: the twists, the turns, the surprises, the way your strategies play out and change in ways you might not have predicted based on the strategies of other players. If something fun and interesting happens, that’s great – even if it causes me to suffer a setback or lose! Of course, all that assumes I’m playing a decent game with people I like!

Which Monopoly piece do you always choose?

Last time I played I think I was the hat. I like hats.

The one that never gets eaten.

A HUGE thanks to Dan for his time, and such in-depth answers – they’ve certainly made me view board games in a new light. You can read more about the magazine, and show your support by buying issue, back issues, or a subscription, at senetmagazine.com.