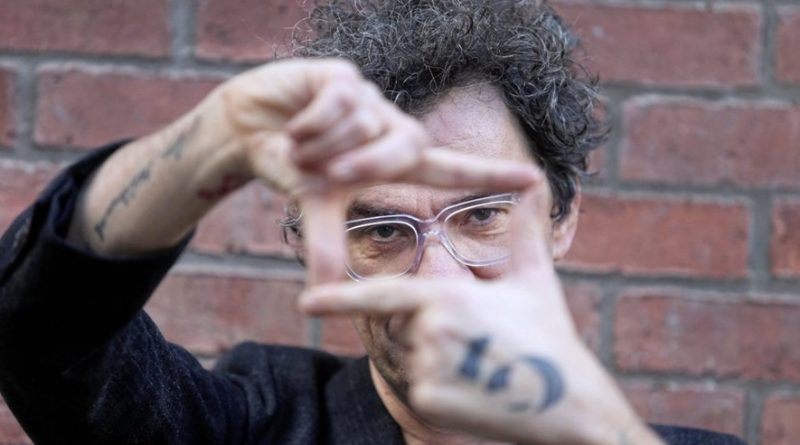 I LOVE The Story of Film: An Odyssey, Mark Cousins’ 15 hour documentary exploring… well, the story of film, and wrote a short piece about it here.

2021 year marks the 10th anniversary of the film, as well its debut on Blu-ray, and Mr Cousins was kind enough to spend some time answering a few questions I had.

When you planned The Story of Film, did you imagine that the final documentary would be 15 hours long?

I wrote the book first, and my hunch was that the adaptation needed to be a long film. One broadcaster asked us if I could do it in 2 x 90 min feature docs, but our answer was no! I didn’t want just to summarise famous moments. I wanted to audience to get lost in it.

When the scale of the project became clear, did it cause any concern with the backers?

It was made for a small budget, and my producer John Archer of Hopscotch Films held his nerve. It was a risk to make something on that scale when we didn’t know if it would sell. But it did, around the world, and so recouped its costs.

Looking back after 10 years, what are your thoughts on The Story of Film? Does it represent everything you set out to achieve?

I wanted it to be properly global, to be about innovation and to de-centre Hollywood. I think it does those things. In the edit we cut out about 1 hr 45mins, and I miss those scenes – Sam Fuller, Jacqueline Audry, etc. But mostly I’m happy with it, as it seems to have had an impact on film schools and movie education, and on what old films get released on disc, etc.

Did any of the interviewees you met surprise you? For example you learnt something new, or the participant was far more easy going than you expected?

I was surprised at how young and flinty Stanley Donen was. Baz Luhrmann was as energetic as you’d expect. Jane Campion was so thoughtful, but that was to be expected. Meeting Amitabh Bachchan was like meeting a king, or a silent movie star like Marlene Dietrich – there’s a real aura about him.

If given the opportunity, is there anything about the film you would change?

Since The Story of Film was released you’ve kept busy with loads of projects, including a couple of related follow-ups – Story of Children and Film, and Women Make Film – but have you given any thought to a more direct ‘sequel’ covering the changes over the last 10 years? It feels like there’s a lot to discuss, for example in terms of how films are made, with more readily available and cheaper technology leading to the democratisation of film making and distribution?

Since The Story of Film: An Odyssey, I’ve made many films, including some on cinema. I just love filmmaking. It makes me feel alive. Yes, I’ve just completed a sequel – The Story of Film: A New Generation – which looks at the last decade. It will premiere soon. It isn’t as chronological as the original – it is more thematic and a bit more philosophical maybe, but features about 90 movies!

What’s your go-to film when you need a good laugh?

HUGE thanks to Mark Cousins for his time, and I’m certainly excited to see what “The Story of Film: A New Generation” brings us.

If you haven’t yet seen The Story of Film: An Odyssey, then it’s currently available on DVD, but – finally – it’s also getting a Blu-ray release from Network Releasing, which is available to pre-order now from Amazon UK, Zavvi and directly from Network.